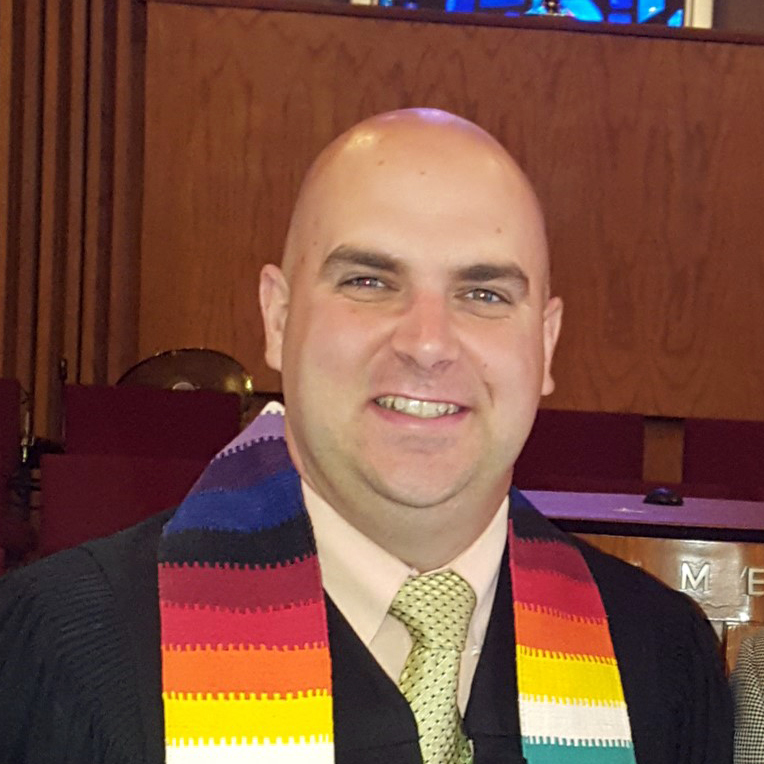 Rev. Brad McDowell (“Pastor Brad”) grew up in Nashville, TN. After finishing high school, he attended Duke University, where he met his wife Lisa, and he earned his B.A. in English in 2004. After Duke, Brad spent a year taking part in a fellowship through Duke’s Chapel that allowed him and three other Duke grads to explore community and ministry together.During that year, he interned at a United Methodist church, got to take some amazing trips to Mepkin Abbey, South Africa, and Taize, France, and God made Brad’s call to ministry all the more clear. Brad answered that call by enrolling at Brite Divinity School at Texas Christian University. Brad earned his Master of Divinity and graduated in May 2008. He was ordained as a minister in the Christian Church (Disciples of Christ) in August 2008. 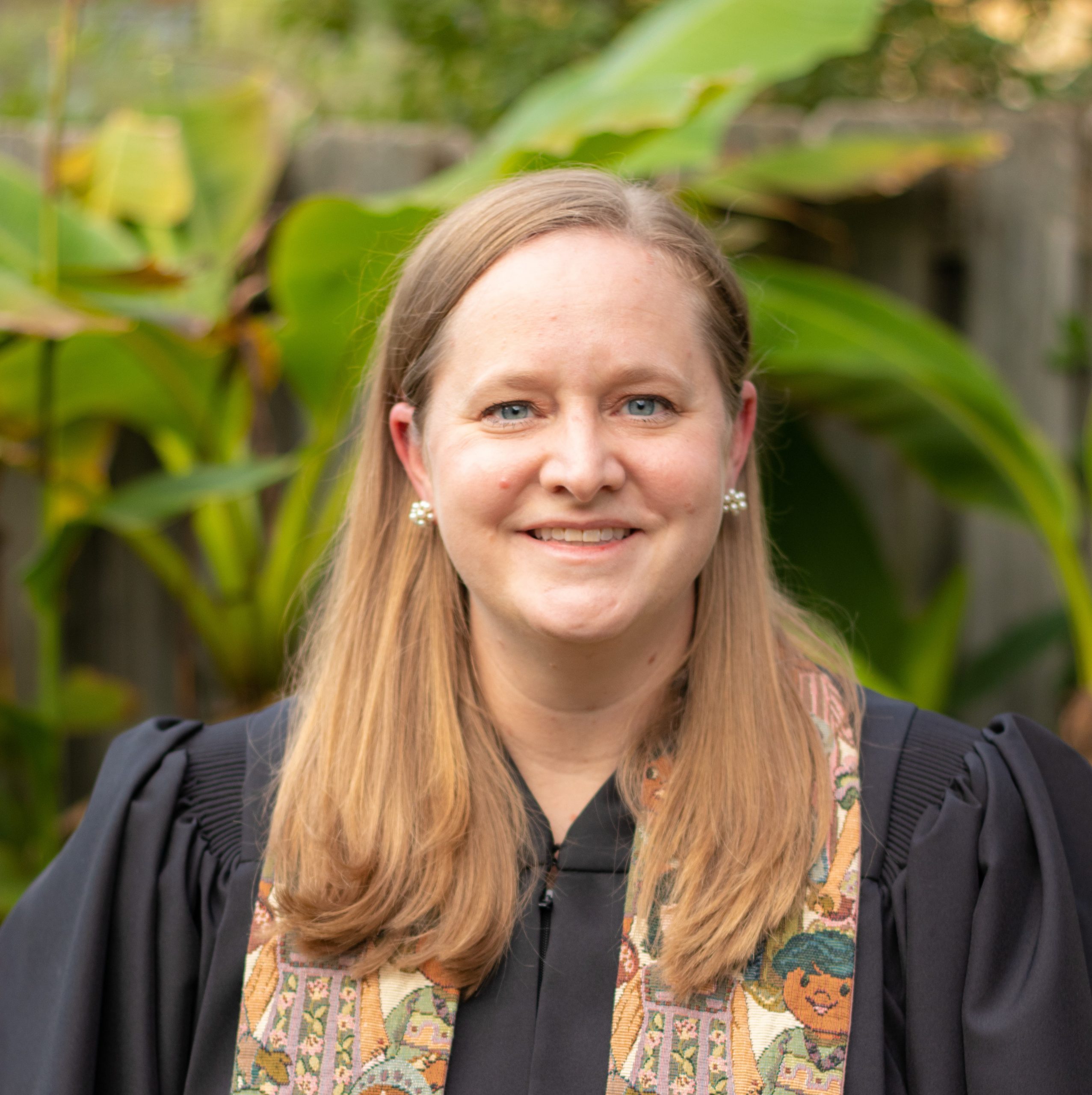 Courtney joined the staff at First Christian Church in September of 2016. She received her undergraduate degree from UNC-Chapel Hill in 2004 and her Masters from Wake Forest University Divinity School in 2008. Prior to coming to FCC she was the Director of Youth Ministries at Grace UMC in Wilmington NC, and Area Director for the Brigade Boys & Girls Club (also in Wilmington) for 3 years. Courtney was ordained, at First Christian Church on July 8th, 2018.

Courtney is originally from Wendell, NC. She is married to Bryan and they have a son, Ethan, and a daughter, Harper.  In her spare time, Courtney enjoys being outside, running, reading, and following Tar Heel athletics.,

Courtney wants to help our youth and children grow in their faith and help them discover the unique gifts God has given them so they might follow Jesus throughout their lives. 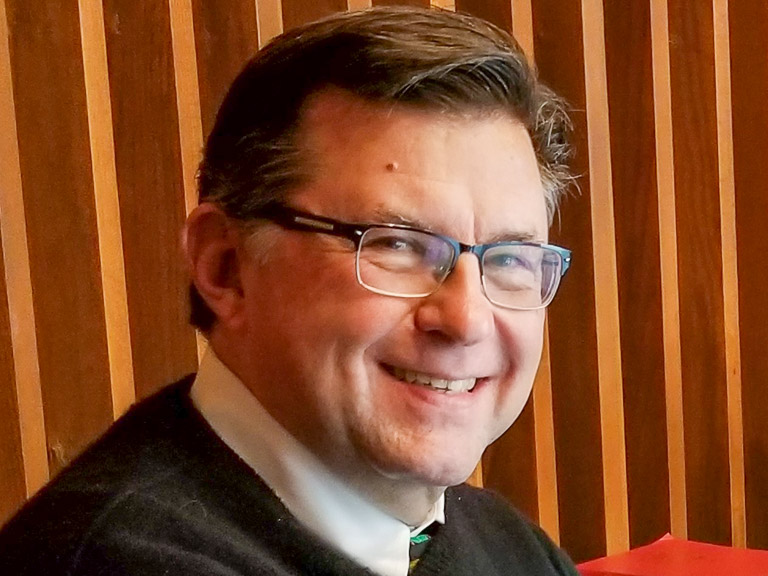 Duke Ladd has always been known for excellence in both music and entertainment.  He began piano lessons at age seven playing for family sing-alongs and worked with various bands through high school in his home town of Wilmington, NC.  At 17 he started his professional career with the Spurrlows, an established show band touring North America.  Duke was also a backup musician for country entertainer Roy Clark.  Duke, in a promise made to his family, entered college at ECU earning his music degree and subsequently attended North Texas State University for graduate work in music composition.  Upon completion of his graduate studies, Duke once again turned his attention to his professional career.

Duke has performed in some of the nations premier hotels in cities such as Los Angeles, Las Vegas, Dallas and Atlantic City.  During the early 1980s, in order to pursue his own composing career and start his own band, Duke made Wilmington his home.  Since then, he has been a top call musician in regional theatres, clubs, hotels, and for special events and recordings.  In the studio Duke has recorded three albums for renowned folk singer, John Golden and has recorded a jazz album with legendary saxophonist Robert Williams.  In 1989 Duke traveled to New York where he composed and recorded his own first album, Duke Ladd In Paradise.

Duke has served as musical director for theatrical shows such as Guys And Dolls, The Sound of Music, Damn Yankees and Possessed: The Dracula Musical.  As a pianist, he has given outstanding performances in Joseph And The Amazing Technicolor Dreamcoat, The King and I, and Tommy.  Major fundraising productions continue to enlist Duke’s musical direction.  Duke has served for 3 years as the musical director for the Junior League “Follies“.  Using his talents as both a pianist and composer, Duke continues to be called upon again and again where people demand the best. 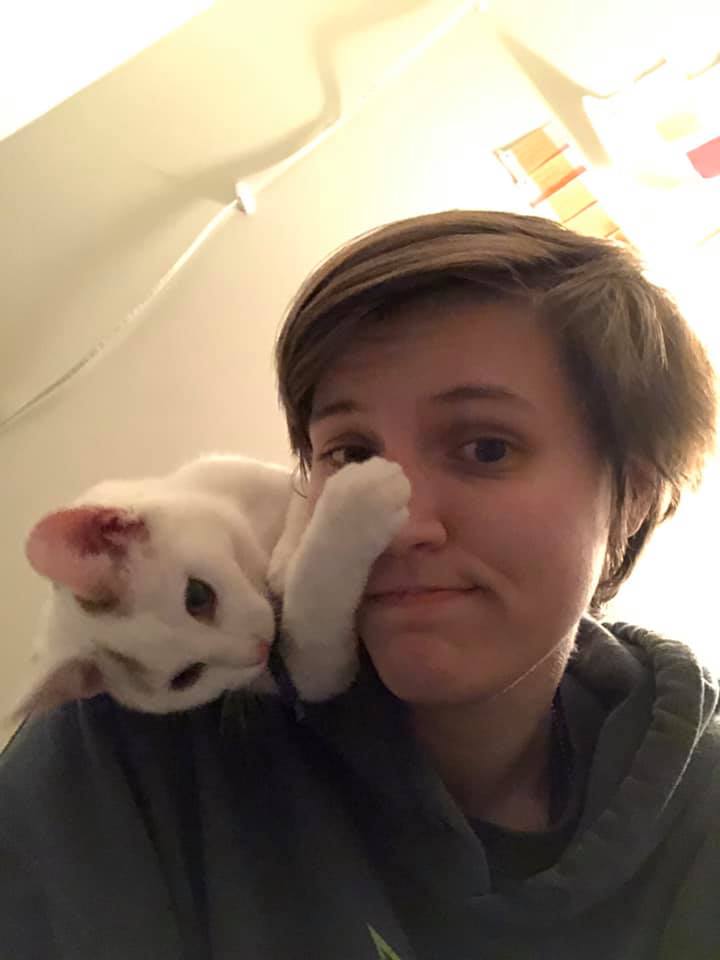 I am originally from Loudoun County, Virginia which is just outside of Washington DC near Dulles Airport. I graduated from Old Dominion University in 2018 with a degree in Film Production. After vacationing at Sunset Beach, NC for years, my parents relocated to Wilmington in 2019 after my dad retired. I joined them six months ago, to seek opportunities within the film industry, and to be near the beach! In my free time I enjoy photography, especially nature, and macro photography.

I also love to read, watch movies and television series and play with my cat, named after my favorite drink, Latte. I look forward to expanding FCC’s online footprint across multiple platforms, adding videos highlighting our activities and developing the best possible online worship service experience.