This church is part of the religious movement known as “Disciples of Christ” or “Christian Church” born shortly after the American Revolution in 1809. It is the largest Protestant communion founded on American soil and arose as a protest against the sectarianism of the 19th century which had divided and weakened the universal church. Our pioneers, led by Thomas and Alexander Campbell, presented a plea and a plan for Christian unity on the basis of the restoration of New Testament Christianity. It was their hope to  restore the spirit of Christ as authority in the church instead of demanding  submission to councils, creeds, or ecclesiastical hierarchies.  This was their hope and remains the hope and program of this church and will continue to be so.

First Christian Church, Wilmington, North Carolina was founded in 1907 by 35 families at a small tabernacle on Fourth St. The congregation met at multiple locations in Wilmington until a church was built at Third and Ann St. in 1947 (now home to the Salvation Army Church). By 1957 the congregation had grown to 500 individuals and additional space was needed. Land was purchased at the current church site at the corner of Oleander and Mimosa Drives.

The new Sanctuary was dedicated in 1963 and an educational and administrative wing was added in 1972. To meet the needs of the congregation, a second worship service was added in 1997 which is now our contemporary service which meets at 8:45am.

In 2015 we realized the need of a new roof for the Sanctuary area and in Spring of 2016 we replaced much of the roof. In late 2016 we are replacing the flat roof over the education and administrative wing and adding a larger, more energy efficient HVAC system to our Fellowship Hall.

In September of 2018, the church sanctuary was heavily damaged by Hurricane Florence. For the next 9 months the work of the church continued without interruption, with Sunday services relocated to our Fellowship Hall.  Thanks to the  of help of dedicated volunteers working with insurers, government agencies, and local contractors, the congregation was able to return to a beautifully renovated sanctuary in June of 2019.

We welcome everyone to join us in worship, fellowship and service to those that are in need. 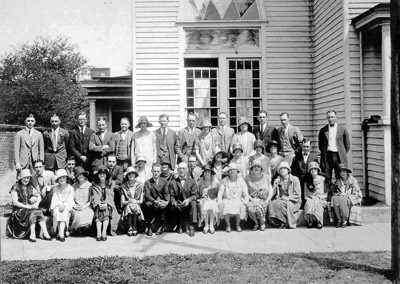 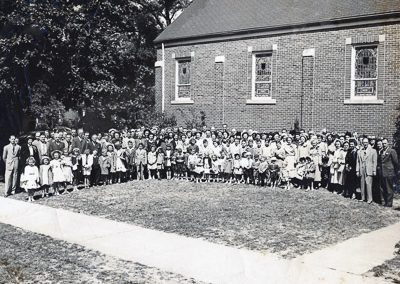 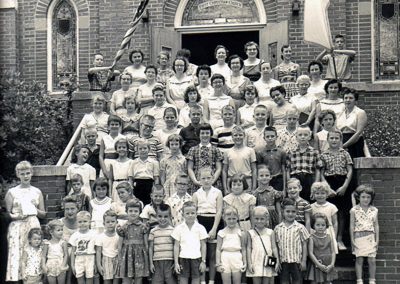 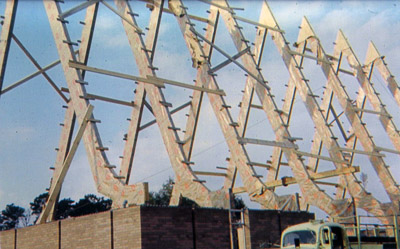 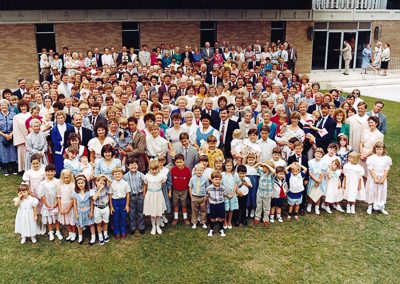 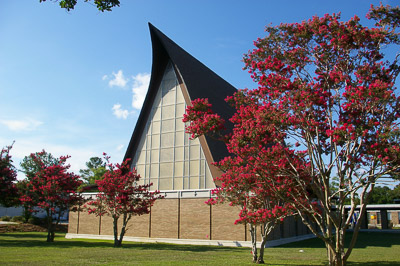 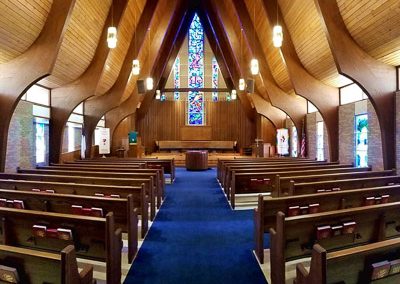